Edeis’s occupation is transportation engineering. In other words, the admitted expertise concerning urban and interurban transport, roads and highways, the clever management of the city and its spaces, airports, harbours and marinas… This feels like Christian Prudhomme, head of the Tour de France, presenting an ideal route, both traditional and modern! But the truth is Edeis doesn’t aim to trace a new Tour de France. Its purpose, its challenge is to continue being, according to its motto, “the territories’ ally”.

At the same time, Edeis became “the ally of the Jacques-Goddet Prize” which rewards each year the best news article written in French about the Tour de France. It obviously echoes with a legendary race that travels across the territory. But it is mostly a heart stopper that only the personality of Jean-Luc Schnoebelen, chairman of Edeis, can explain. One day, the history of the Jacques-Goddet Prize will recount what it owes to this man who graduated from the Ecole Superieure of surveyors and topographers of Nancy then started a career in engineering. One of his master strokes was to bet on domotics as soon as in 1986, then create and develop Ginger Groupe which became the first private company of equipment and infrastructure engineering in France. In 2016, the creation of Edeis was a new adventure.

It is important to note that Jean-Luc Schnoebelen, who regularly practices Arnis Koredas (Filipino martial art), is a sports fan who admits he prefers football, handball and horse-riding. One might think he is inexperienced when it comes to cycling but growing up, he saw the peloton of the Tour de Franceseveral times which left a lasting impression on him. He chose to reminisce those times by slipping in his schedule the Jacques-Goddet Prize and its articles. He is an art lover and a formidable reader shaped by the style of Georges Simenon. 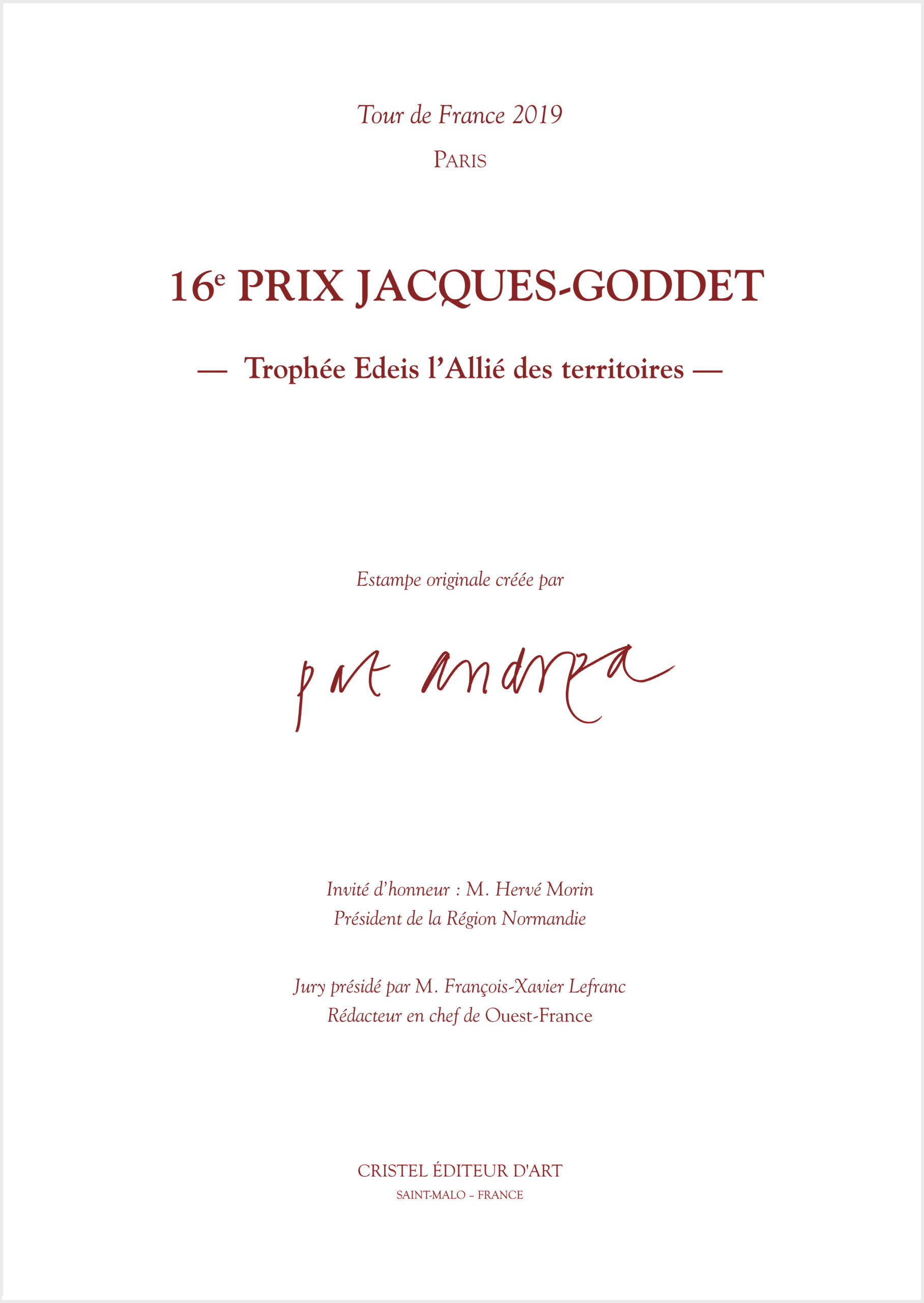 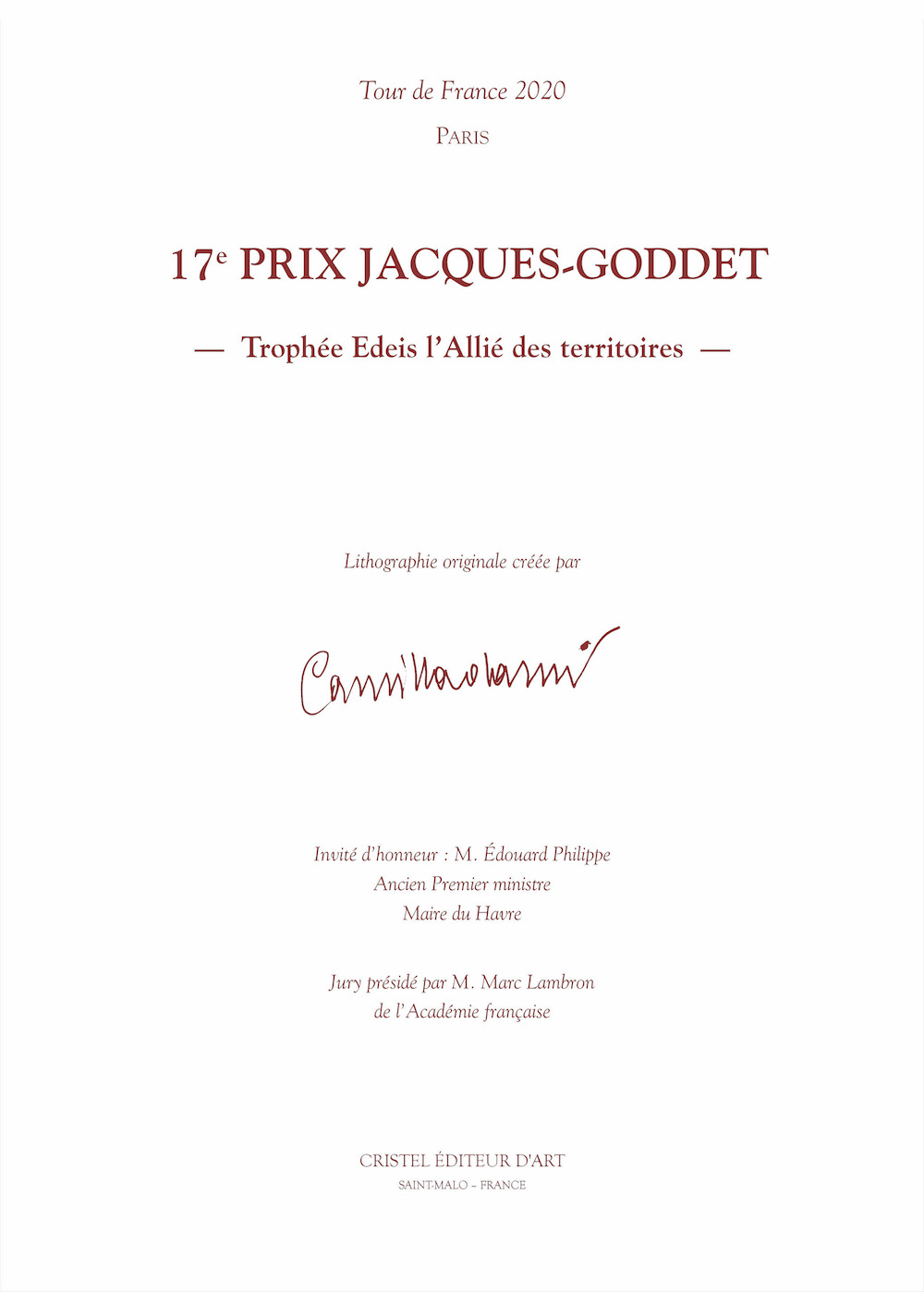